From Military to Material Handling: Celebrating Veterans at Carter

Veterans Day is coming up on Thursday, November 11. According to the Department of Veterans Affairs, there are around 19 million veterans in the United States. And many of them are finding new careers in various industries.

Carter Intralogistics knows how important it is to keep our veterans employed after they leave the military. We are forming new partnerships with veteran groups to get more of them working in the material handling industry.

We already have several hardworking veterans serving in various roles. 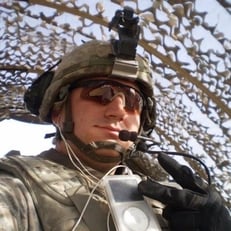 Billy Kirkham (pictured left) was an E4 Specialist in the Army. He served in the military for several years and was deployed to Iraq in 2008.

Kirkham says he joined the military to serve his country and learn better leadership. He now works as a site superintendent. Although he is no longer serving in the military, Kirkham says he continues to practice some of the same skills.

“Leadership and the ability to handle all situations with ease no matter how stressful they may be. Also, in the Army, communication is key to everything. And with Carter, we strive to have open ends of communication with everything we do. The comradery that I have developed, with not only my direct coworkers, but my supervisors, is much like what you build in the Army,” Kirkham said. 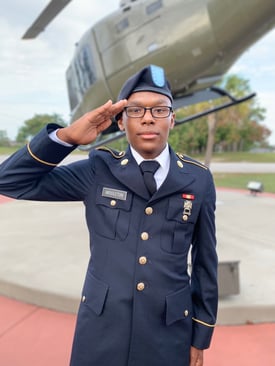 Michael Griggs was an E5 Sergeant. He served in the Army National Guard for 10 years and now works as one of our electrical engineers.

He says he decided to work for Carter because he was interested in our remote opportunities. He says he really enjoys working with his colleagues, because they are smart, patient, and always willing to help.

Griggs says his military experience has helped in many ways, like the ability to keep himself motivated, focused, and keeping a positive attitude.

We also have military veterans working inside our Monroe facility in Frederick, Maryland.

Leroy Simmons spent six years in the Army, including deployments to Korea, Germany, and Japan. He helped with radio repair and now works as one of our electrical assemblers.

Some of our employees are currently in the military, like Jalen Middleton (pictured right) who serves in the Army. He says the leadership skills that he is learning in the Army is helping him in his current role at Carter.

Carter is incredibly thankful for our military employees. We appreciate their dedication, not only to our company and customers, but to our country. We look forward to supporting more veterans as they transition to civilian life.

If you are a veteran currently looking for an exciting career in the material handling industry or if you part of an organization that helps connect veterans to new careers, please visit Carter's Careers Page or email Carter’s HR Talent Manager Leonard Caver at leonard.caver@lummus.com.

We promise that we won't SPAM you.

Robotic Palletizing 101: When is it time to automate